Recently we went to a funeral Mass for an aquaintance and while there I was struck by how very special our Catholic heritage and faith are. I haven't been doing the things I need to do such as going to Mass on Sundays, watching my habit of taking God's name in vain, being selfish, resentful, and at times, hateful. It occurred to me that my Catholic faith is a wonderful gift that I've been given freely and which I have not been thankful enough for and a gift which I haven't been immersing myself in as I should be.

The idea that I am in control is nothing but an illusion and while I know this when I stop to think about it, trying to control every outcome is something that I do without thinking about it.............in other words, it's become a very bad habit and it is one of the first things I must work on and ask Jesus to heal me of. I need to remember every day in every way that only Our Lord is in control and giving him all of my fears, concerns, and even my goals, frees me to become a more fully involved Catholic who lives her faith by embracing it fully and truly appreciating the great gift which has been given to me.

Getting back to being at the funeral Mass and seeing the casket of the dearly departed sitting in the center of the church aisle, I was struck by the speed of how soon we are all finished with our earthly life and how soon we'll all be standing in front of Our Lord receiving our judgment based on the way we've lived our lives. I don't want to be guilty of not having enough faith in God, continuing trying to control everything myself, and going my merry way in ignorance. Instead, I want to ''let go, and let God' become my way of living each and every day....pray for me, please.

Lately I've been in a rut of sorts......that is, although I pray nightly as well as in the mornings, my prayers are always basically the same ones and although they are said devoutly and with awareness, I feel as though it's time to add more. How does one go about doing this? Should I read my bible more often, but then, how do I understand what much of it means? Or should I get out a prayer book and begin saying prayers from that? How do those of you who may occasionally read my humble blog, pray unceasingly, as the bible suggests? Please feel free to make suggestions and share with myself and others how you pray each day. As always, may God bless you and keep you and yours safe.

I've been wishing very deeply that there might be a Tridentine Mass at a parish near my neck of the woods, but not so. I miss the Latin mass of old with the altar facing the faithful and the communion rail that we all knelt down on to receive the body and blood of Our Lord with such reverence.

Today I got out one of my old missals, The New Daily Missal, to be exact, dedicated to St. Joseph and published in 1959 with an imprimatur from Francis Cardinal Spellman, archbishop of N.Y. How it took me back to my days in Catholic grade school and our times in church. We would go for Mass on holy days, for practice on our entrance hymns as well as communion and closing hymns.

There was always a deep sense of awe and holiness that would come over me when I entered the Church then. Plus the parishoners showed such respect for the real presence of Our Lord on the altar by their demeanor, their dress, and their attention to what was actually happening on the altar. We could pray and meditate on what the priest was doing and what it meant as he said the Mass.

I miss all of that and I miss the customs that seemed to be written in stone.....who knew that once Vatican II came in, much of the above would simply fade away. I pray that one day we may have that reverence and deep desire for prayer and community that we had then, but seem to have lost along the way trying to be 'up to date' and all about 'us' instead of all about Jesus Christ who died for our sins.

The title of my post lets you know that I've joined the weekly devotional at The Simple Woman
blog. I feel as though I was led to this wonderful and humble site and that reading it will help me in my spiritual journey, so thank you, Peggy, for creating such a restful and inspiring haven for all of us to come to. 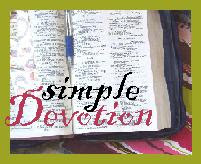 Dear Lord,
I bring you my shortcomings... my impatience, my anger and resentment at times which I am trying so hard to overcome. I cannot hope to make a dent in these sins without your grace and your help which is always so freely given.....forgive me.

I bring you my worship and praise... for all of the blessings I receive day in and day out, many of which I don't always recognize or thank you for as I should.

I bring you my prayer... that I may be more loving and understanding toward those I love as well as those I don't care for. I also pray for my son's return to his family who love him so very much and miss him dreadfully.

Romans: 8:15
"For the spirit that God has given you does not make you slaves and cause you to be afraid; instead, the Spirit makes you God's children, and by the Spirit's power we cry out to God, "Father, my Father"!

One of the most famous early desert hermits, a noted prophet of his era. He was born in Lycopolis, modern Assiut, Egypt, and became a hermit at the age of twenty. He was walled up in a hermitage near Assiut, with a single window opening onto the public. There he preached to vast crowds each weekend. He predicted two military victories for Emperor Theodosius I, and they were proven accurate in 388 and 392. The cell in which John spent his life was discovered in 1925.

Many of you are familiar with Marianne's blog, The Patron Saint of the Year Ministry at which you can read many wonderful inspiring posts and can request a patron saint for the year. I did just that and the saint who chose me, is listed above with some information regarding his life. As Marianne mentions on her blog, if your saint is not well know, rejoice, because he or she has now chosen you to make themselves known and to intercede for you.

I looked up information on him but there's precious little to be had. I did smile however when I read that he was a hermit! My family members have accused me of being a hermit in this modern day and age, saying that I'm much too content to stay home and I need to get out more. When I was young my best friend Margie and I used to dream about growing up and getting an apartment together, getting wonderfully interesting jobs, but by and large, being hermits. Margie passed away at the very tender age of 48 and I miss her to this day.....who knows, perhaps she had a hand in nudging St. John of Egypt to be my patron saint for 2009.

Eternal rest grant unto her oh Lord, and may all the faithful
departed, through the mercy of God, rest in peace. Amen

Happy New Year to All!

Here we are on the very first day of the very first 2009 that ever was or will be and isn't it exciting! I had a wonderful Christmas shared with my husband and our family which includes 5 grown kids and their spouses and our 3 grandchildren with a new one on the way in April, so we have much to be thankful for in our lives.

Sunday mass still hasn't been attended but I have hope that I will go back starting this Sunday and begin my year in the best way I can....sharing my time with the Lord who gave it to me in the first place, and receiving His grace and His body and blood (having gone to Confession, of course).

I reached out via the internet to a few devoted Catholic women who write for an online publication and their responses to me couldn't have been more helpful and full of caring and grace and after thinking about this I realized that even those responses were sent to me by Jesus who is calling me and never gives up on me.....thank you Jesus and thank you for a brand new year with no mistakes in it yet, during which I can begin again....such a gift from God. 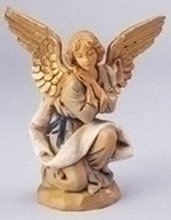 Angel of God, my guardian dear, to whom God's love commits me here, ever this day be at my side, to light and guard, to rule and guide. Amen 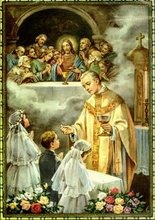 The Beauty of God"s Creation 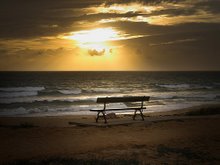 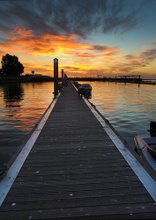